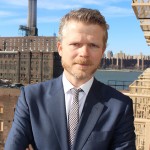 Andreas is the Founder and Managing Director of PGS Advisors International. Over the last decade he has worked with the IFC, World Bank, OECD and other multilateral organizations on corporate governance and policy issues in Latin America, Asia and around the globe and with private clients on improving governance and sustainability structures. He is the independent international observer for the Nigerian Stock Exchange on their new corporate governance rating system, an area he has worked and published on extensively. From 2004 to 2011, he was the Co-Head of Research and Director of Communications at eStandardsForum/Financial Standards Foundation where publicly available information on compliance with 12 Key Financial Standards such as the OECD’s Principles of Corporate Governance was utilized to produce comprehensive profiles for 93 countries. Andreas is a regular participant and presenter in the OECD’s Corporate Governance Roundtables in Asia and Latin America and has published on a number of policy and governance issues in both regions. Andreas holds a Masters in International Affairs from Columbia University in New York and a Master in Political Science from the University of Munich. 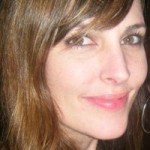 Katie has more than 10 years of experience in sustainability, corporate responsibility and climate change. Most recently she served as UNDP’s climate change mitigation specialist covering Latin America where she advised governments and companies on climate change strategy, policy, carbon finance and project development. She has worked on clean energy and low carbon projects around the world and spearheaded the creation of the Climate Change Services Group for Alliant Insurance to mitigate project risk and advise on political risk in emerging markets. She also contributed to the World Bank’s landmark corporate responsibility study, “Race to the Top”. Katie received a Masters in International Affairs from Columbia University, where she was also a Writing Fellow, and holds a Bachelor of Arts degree in Cultural Anthropology from the University of California, San Diego. 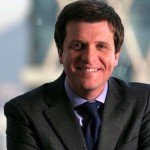 Matías is a lawyer and expert on corporate governance and policy issues. He has worked and published extensively on the governance of financial institutions and state-owned enterprises. He is currently a senior associate at leading law firm Correa Gubbins in Santiago de Chile. Prior to joining Correa Gubbins, Matías spent nine years in different positions in the Chilean government, beginning in the Ministry of Interior and the Office of the President. Subsequently he held the position of Chief of Staff at the Chilean Securities and Insurance Superintendence, before joining the Ministry of Finance as the senior legal advisory to the Minister of Finance. Matías Larrain holds a JD from Diego Portales University in Santiago de Chile and a LLM from Duke Law School. 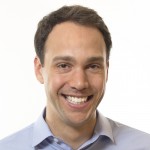 Dwight is an expert on corporate governance issues. He has been working for Glass, Lewis & Co., a leading proxy advisory firm since 2007. He served as the head of Latin American and Iberian research until 2011. Currently, he manages Glass Lewis’ primary corporate governance research product.  Dwight is an active contributor to the Organization for Economic Co-Operation and Development’s Latin American Corporate Governance Roundtable and the Brazilian Institute of Corporate Governance on the topic of cross-border proxy voting. Dwight received his Bachelor of Arts in economics from the University of California, San Diego and studied Latin American political economy at the University of Belgrano in Buenos Aires, Argentina.