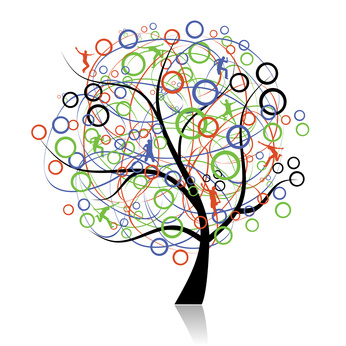 The lack of women on company boards has become an issue of increasing concern and debate over the past decade. Mandatory quotas introduced by European legislators are the topic of much discussion on both sides of the Atlantic. A new study of directors in Canadian companies is certain to add to the debate as it shows clear benefits of having women on the board.

In order to accelerate the transition to a better representation of women on boards, a number of European countries such as Italy, France and the Netherlands have taken to impose mandatory quotas for women in board positions. France, for example, passed a law in 2011 requiring women to hold 20 percent of board positions by 2014, and 40 percent by 2017. In November 2012, the European Commission adopted a proposal for European Law requiring female representation of 40 percent on company boards. The proposal still needs to be approved by the European Parliament and a majority of member states to become European law. If adopted, the law will not be mandatory but introduce a range of administrative burdens to coerce companies to appoint more female non-executive directors.

Companies will have to prove they are trying their best to increase the number of women in top management positions to at least 40 per cent. They will have to try pretty hard. According to EU data from January 2012, women represented 13.7 percent of board positions in large listed companies.

A new study “Why women make better directors”, published in the International Journal of Business Governance and Ethics, offers compelling support for proponents of greater female representation on boards, whether achieved by quota or not.  The study surveyed 624 directors over nine years, almost all in Canadian companies, including large listed corporations. 75 percent of the survey participants were men and 25 percent were women. The study used a standardized test called the Defined Issues Test (DIT).  The test was taken by directors who participated in the Directors College training course for corporate directors in Canada

Prof. Chris Bart and his research partner Gregory McQueen of A.T. Stills University in Arizona used the DIT analysis to determine to what degree directors relied on three basic reasoning methods in deciding a series of hypothetical cases:

As can be expected from individuals serving on a board, most strongly relied on complex moral reasoning. But women did so to a much higher degree than men, who relied relatively more on the normative approach. This suggests women may be better on average at applying “complex moral reasoning” factors in decision-making, which involves considering viewpoints of multiple groups, using co-operative and consensus-building approaches. Men on average rely more on making decisions based on rules, regulations, or traditional ways of doing business.

Given these finding, “companies may actually be shortchanging their investors” if they have no women around the table, Prof Bart suggests. Indeed, a 2007 study of Fortune 500 companies across five industries by Catalyst, an organization dedicated to expand opportunities for women and Business, found that companies with women on the board recorded:

So getting more women on boards should be a priority for any business, but change is slow to come around. And contrary to a popular argument, in most parts of the world, the underrepresentation of women on boards is not due to a shortage of qualified women. Prof. Bart argues that men are reluctant to have women enter boards because they have a more challenging decision-making style and are less deferential to tradition or defined power structures. His reasoning is supported by a study by the World Economic Forum, the “The Corporate Gender Gap 2010”, based on a survey of 600 heads of human resources at the world’s largest employers. The two biggest barriers for the advancement of women to leadership positions identified in the study were “general norms and cultural practices in my country” and “masculine/patriarchal corporate culture”.

So while quotas may not be most companies’ favorite solution to increase female representation, it may be the most effective way forward to break through those cultural barriers. As Viviane Reding, the EU Justice Commissioner responsible for the EU quota proposal is quoted: “I don’t like quotas, but I like what they do.”